How good financial planning could save your life… 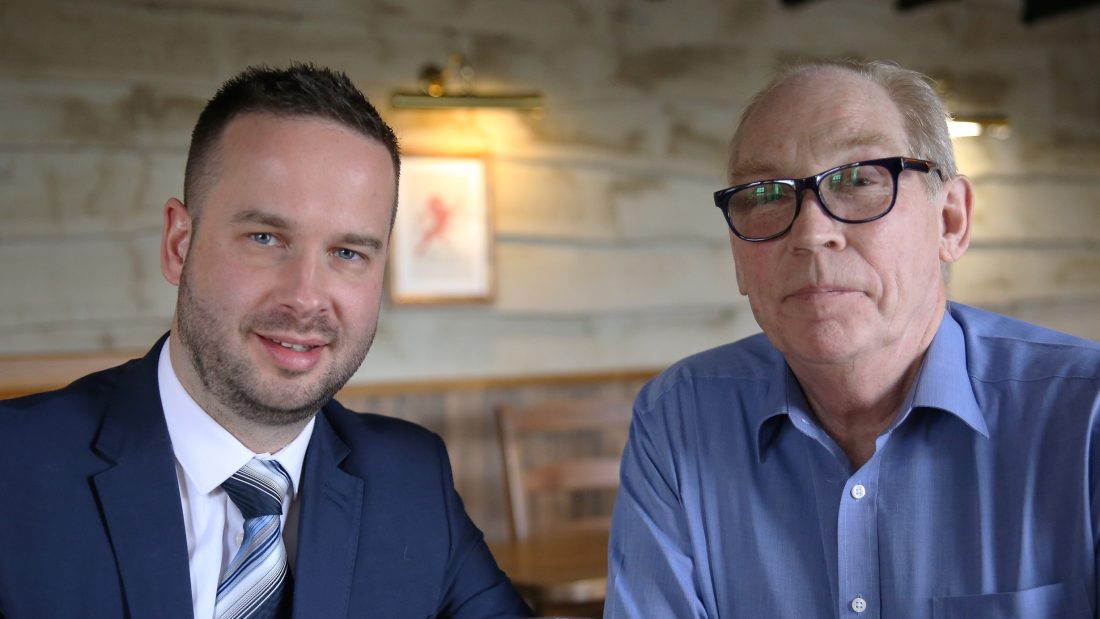 Les is 61 and was diagnosed with blood cancer nearly five years ago. Since then, he has undergone 4 rounds of chemotherapy, lasting up to 16 months each, all failing to put him into remission. At present there is no cure.

But some sound retirement planning has given him hope.

After in-depth conversations with his financial adviser, Paul Fazackerley at midlands-based Furnley House, Les realised he had enough in his pensions to retire early from running his automotive design firm in Rugby. And thanks to the flexibility of pension freedom rules, which started in 2015, he could also even pay for some pioneering treatment abroad and a possible cure.

In 2018, Les thought he only had a slight chance of cure with some of the NHS treatments that were available at the time. But if they failed, he planned to travel to Philadelphia to have T Cell therapy, which did cost an eye-watering £350,000. This was previously only being trialled in a number of countries, however in October 2018 was approved by the NHS for use in England.

‘It could save my life,’ he says. ‘The fantastic help I’ve had from Paul in enabling me to retire early and keeping that money available for treatment – it already feels like he has saved my life.

‘I have a potentially limited lifespan, and the chances of getting to normal retirement age could be slim. I have to enjoy my time and the pension money I’ve worked so hard for now. With Paul’s help, we even realised we had enough for my wife Sue to retire too.’

‘My pensions were scattered in a mess,’ explains Les. ‘I didn’t know where they were or how much I had.’

He had three pensions that he was aware of, but with Paul’s help also traced a lost stocks and shares individual savings account (Isa) and a fourth lost pension with over £35,000 in, from a job early in his career.

Paul, who won the Zurich Customer Outcome Award 2018 for his advice on the case, says: ‘Les had two pensions from previous companies and two from his own company. These were all old schemes with restrictive rules. To take any income, he would have been forced to take a rigid pension, most likely through an annuity which means his pension pot would have been used to buy an insurance policy that guarantees a monthly income. Instead we transferred all the pensions into one flexi-access self-invested personal pension (Sipp), which takes advantage of the pension freedoms.

‘This enables him to take an income in a tax efficient manner now and preserve some money for if and when he needs the expensive treatments in Philadelphia. At that point, he won’t want a trickle of income from an annuity, he will probably want lump sums. But we could take it in whichever way is most suitable – ad hoc or regular lump sums, or additional income. We have complete flexibility.

‘By tracing old pensions and consolidating into a flexi access Sipp, Les was able to look forward to travelling to the US for potentially life changing treatment and could have funded this from his pensions – something he could not have done before.’

Les got extra piece of mind from having the pensions consolidated into one online platform, which means that he can check the value whenever he wants.

‘I saw that the pension investments were continuing to grow even after I retired and started drawing an income,’ he says. ‘It was a nice, reassuring feeling.’

Another important aspect of the new arrangements was inheritance and making sure Sue and Les’ children had financial security if he passed away. ‘With an annuity, you lose some or all the value of your pension back to the insurer when you die,’ says Paul. ‘So if Les passed away, the remaining income would leave his wife with a partial income or nothing, and it would not pass to their children after that.’

Transferring all Les’ pension money into a SIPP meant he had a capital sum which he now had complete ownership and control over. It means that if he died, the money left in his pot would go straight to Sue fully intact, leaving her much more secure. The money could also then pass through the generations.

Les says: ‘If I hadn’t had this condition, I would have carried on working. But retiring and removing the pressures of work is keeping me alive and healthy.

‘It means we can do everything we wanted to do before but were too busy. Previously, we talked about holidays we wanted to take and it never happened. Now we go wherever we want. Also, I like live music and I have been to many concerts this year that I never would have. It feels brilliant.

‘To realise I had enough to retire; pay for this treatment and travel to the States if necessary; and leave all the money to Sue and our children – you can imagine how happy I feel.’

Paul concludes that people had a much poorer perception of pensions before the freedoms came in, as older structures had many more restrictions on access and contributions. They forced people to take a rigid income at a certain time, then the capital disappeared when they died.

‘Pension freedoms have lifted many of those restrictions and, providing the appropriate financial advice is taken, they are now making a big difference to people’s lives,’ he says.